America’s 62 national parks dazzle millions of visitors each year, showcasing exciting wonders found only within their borders. But even if you can’t experience them in person, you can still take virtual national park tours. Hike trails, climb mountains peaks, swim under the sea and see historic sites — all without leaving your couch.

From the desert yuccas of Joshua Tree to the molten lava landscapes of Hawai‘i Volcanoes, you can be transported to six of America’s natural treasures.

A robust  Google Earth™ virtual tour  will take you to nine park locations, including the Barker Dam Nature Trail, where you can amble past desert cacti, petroglyphs and the park’s namesake trees. You can pitch a virtual tent at Jumbo Rocks Campground, or take a  ranger-led video tour  of historic Keys Ranch where 1900s homesteaders lived. Short on time? Get a quick dose of the outdoors from  one-minute nature videos.

Ranging in elevation from sea level to 13,667 feet,  Hawai‘i Volcanoes National Park protects two of the world’s most active volcanoes and other ever-changing landscapes — thanks to eruptions and lava flows.

See these lava-formed landscapes on a 360-degree Google Arts & Culture virtual tour,  The Hidden Worlds of the National Parks, that’s so immersive, it almost feels real. A native ranger and resident narrates the tour as you explore the rainforest, walk the underground Nahuku Lava Tubes, fly over an active volcano, and cruise new coastal cliffs formed by molten lava. 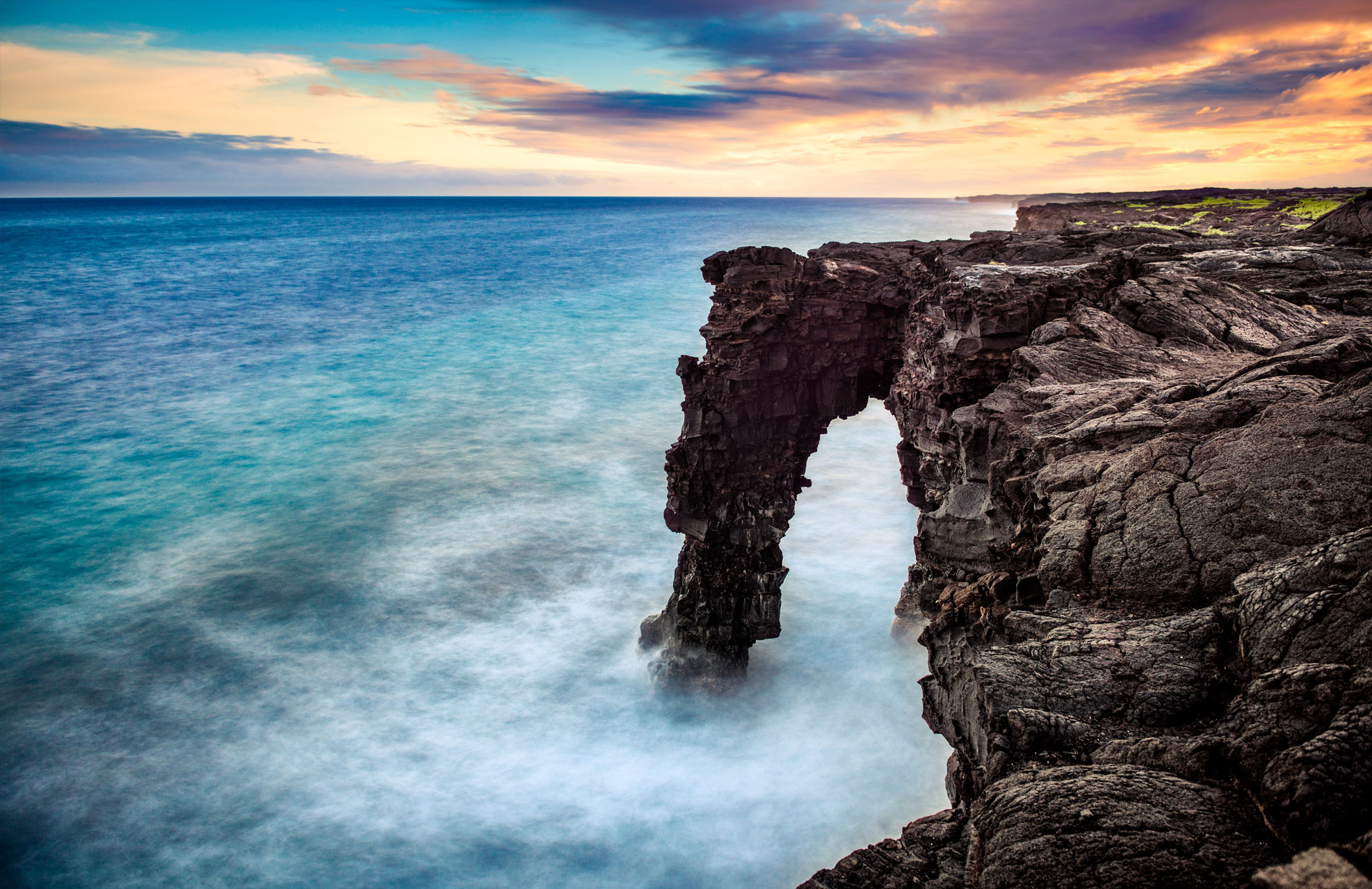 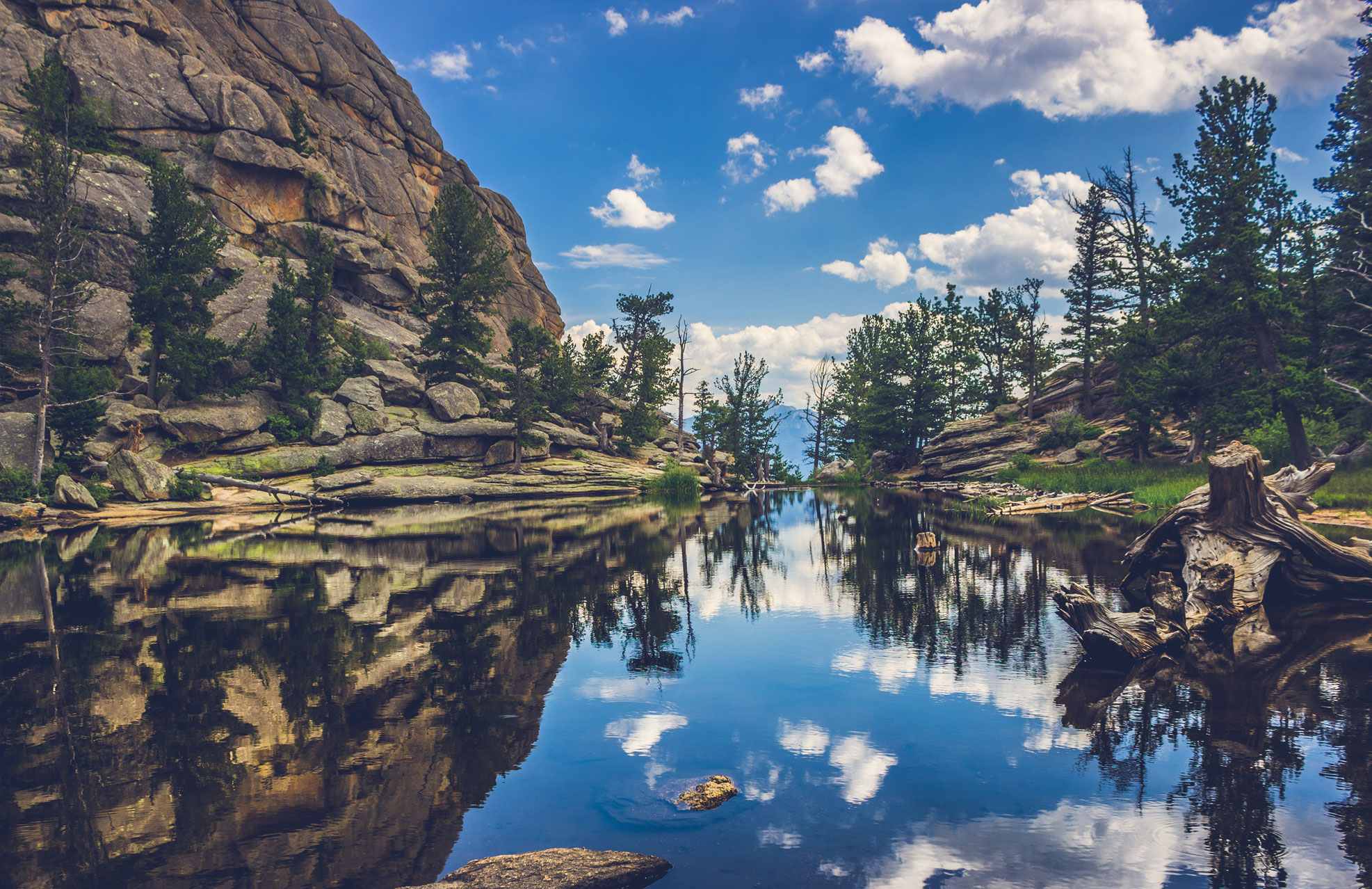 With  Google Earth  as your guide, see Rocky Mountain sites you may never dare explore, like the treacherous, snow-covered summit of 14,259-foot Longs Peak or the challenging hike to Chasm Lake. Immerse yourself in nature with  NPR’s virtual reality geology showcase, which uses 360-degree video, real sounds and overlapping audio to tell the park’s origin story.

An impressive two-thirds of the island of St. John is dedicated as national park land, and  Virgin Islands National Park encompasses much of the island’s lush greenery, sandy beaches and swaying palms. The park also includes the vibrant marine life teeming in and around its coral reefs.

Embark on a robust virtual tour of its historic windmills and sugar plantations, as well as a 3D tour of the historic Annaberg  Sugar Plantation, noted for its Danish Colonial Era agriculture.

Escape to Florida’s native wetlands in  Everglades National Park. This swampy preserve is the largest subtropical wilderness in the U.S. at 1.5 million acres, and just an hour from Miami. It protects endangered species like the manatee, American crocodile, and Florida panther, plus natural landscapes mostly lost to development.

As one of the world’s deepest gorges, the  Grand Canyon  wows in its magnitude and diverse recreational opportunities. The powerful Colorado River carved this 277-mile long, mile-deep canyon over millennia. These days, however, 90 percent of visitors come just to peer over the South Rim.

Venture beyond and take a  Google Earth  trek down to the Colorado River on the 7.9-mile Bright Angel Trail, or explore ancient ruins on a  360-degree archaeological tour. This virtual tour is the only way to see these ancient structures, as all were reburied after excavation for protection. 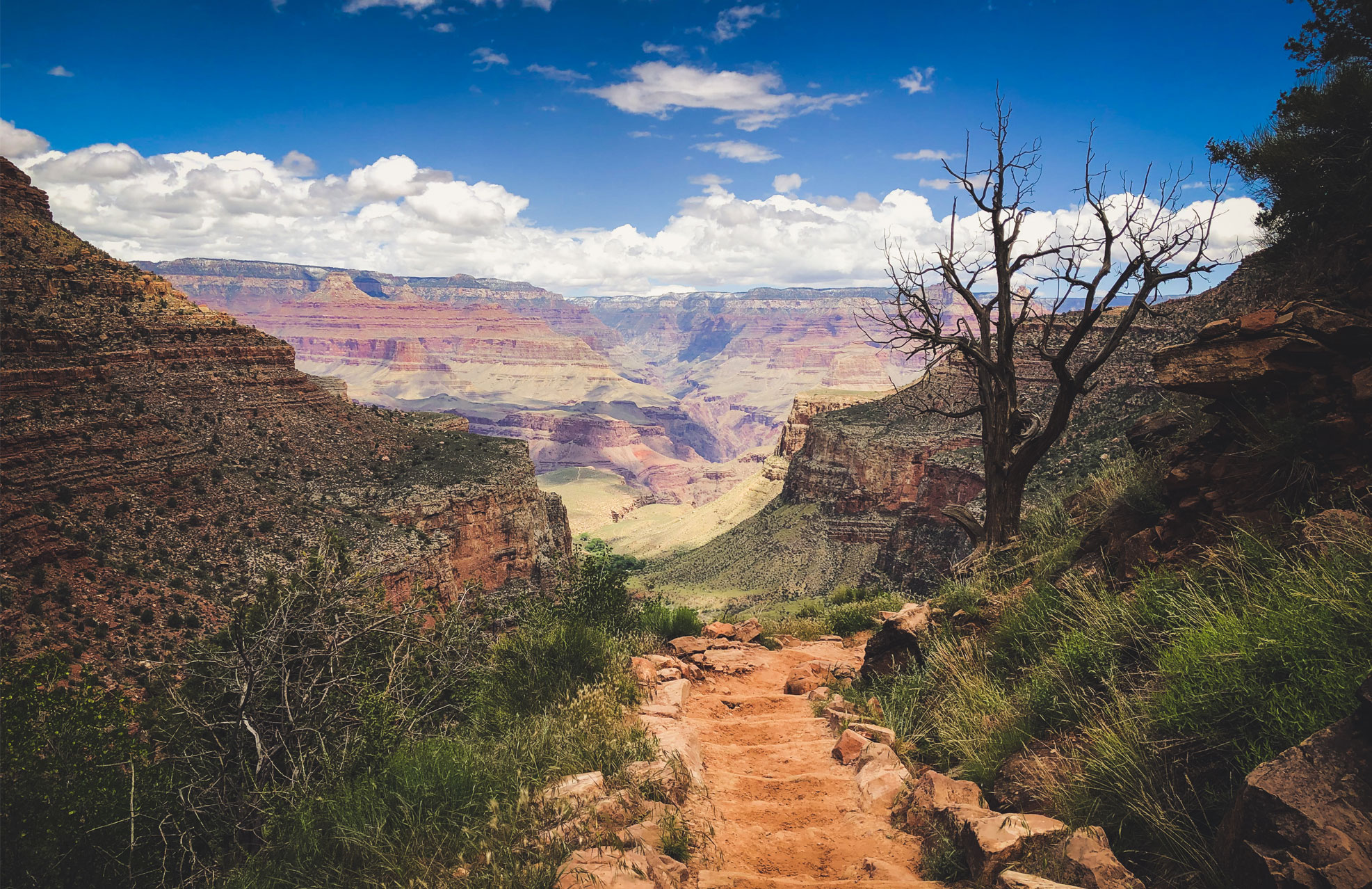 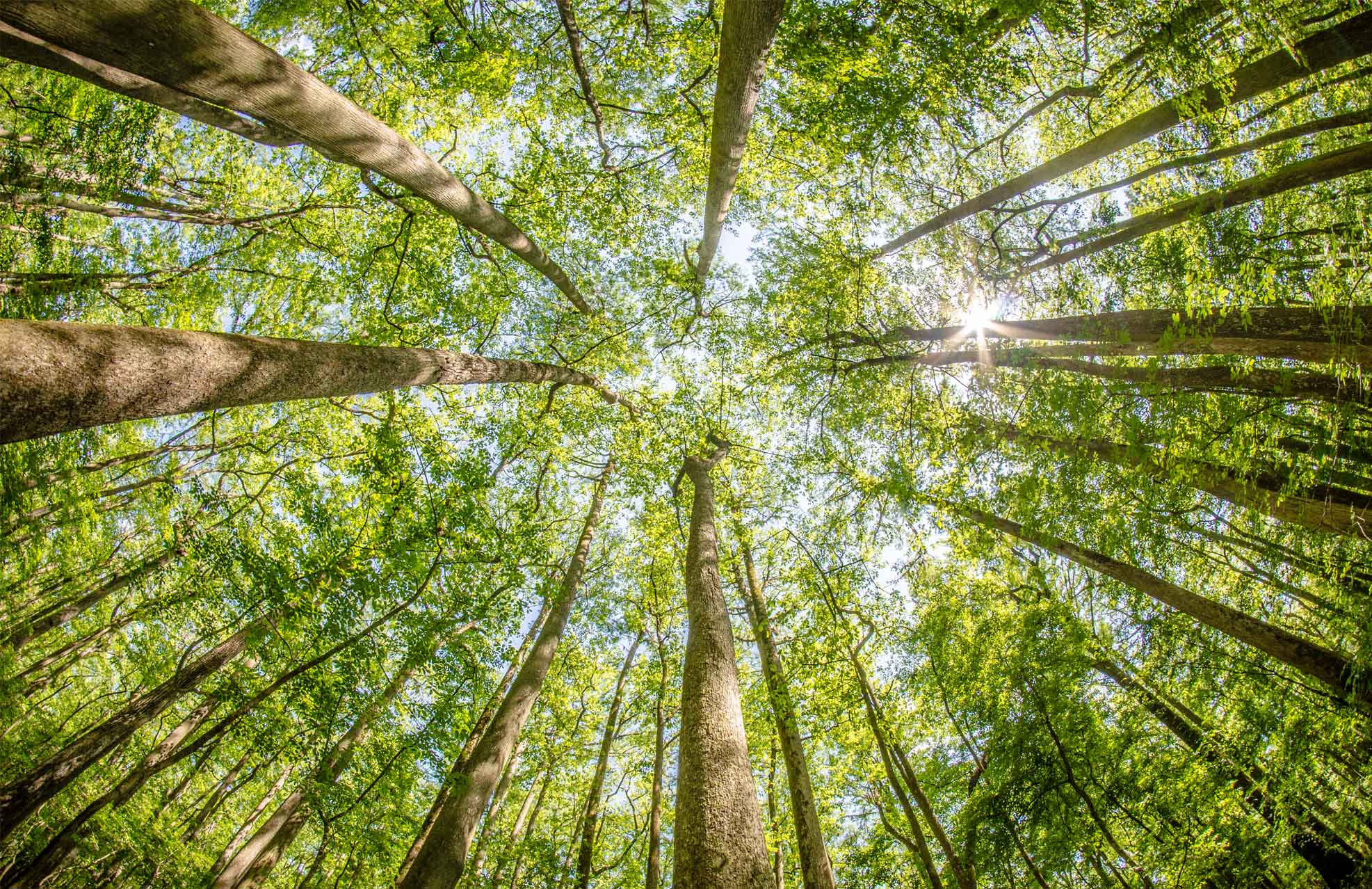 See the past come to life on 25 miles of hiking trails and a wilderness canoe trail through the country’s  largest remaining tract  of old-growth, bottomland hardwood forest. Witness the might of nature in lightning- and hurricane-damaged trees and see Southern plants like switch canes and loblolly pines.

When you can’t visit, take a  virtual Boardwalk Tour  beginning at Harry Hampton Visitor Center to learn about the area’s history and biodiversity, or surround yourself with nature in a  360-degree video tour. Join park rangers on Facebook for a  South Carolina virtual campout  with camping classes and indoor activities for the whole family.

After virtually discovering (or rediscovering) the beauty of these national parks, there are still so many at-home options to explore. See Washington, D.C.’s flowering cherry blossom trees, Jefferson Memorial, Washington Memorial and more via live webcam. Drop in on Alaska’s Katmai National Park and Preserve’s furry locals via the park’s three “bear cams.” And, speaking of furry friends, the National Park Foundation has great information and adorable videos of some our national parks’ cutest baby animals in the wild.

You can pair your national park virtual tours with curated  Spotify playlists  from ethical apparel maker Parks Project. Share your online adventures with free tools from the National Park Service’s  Find Your “Virtual” Park  campaign. And don’t forget to bookmark these parks for a future vacation — and real-world explorations.

This article was written by a paid contributor. 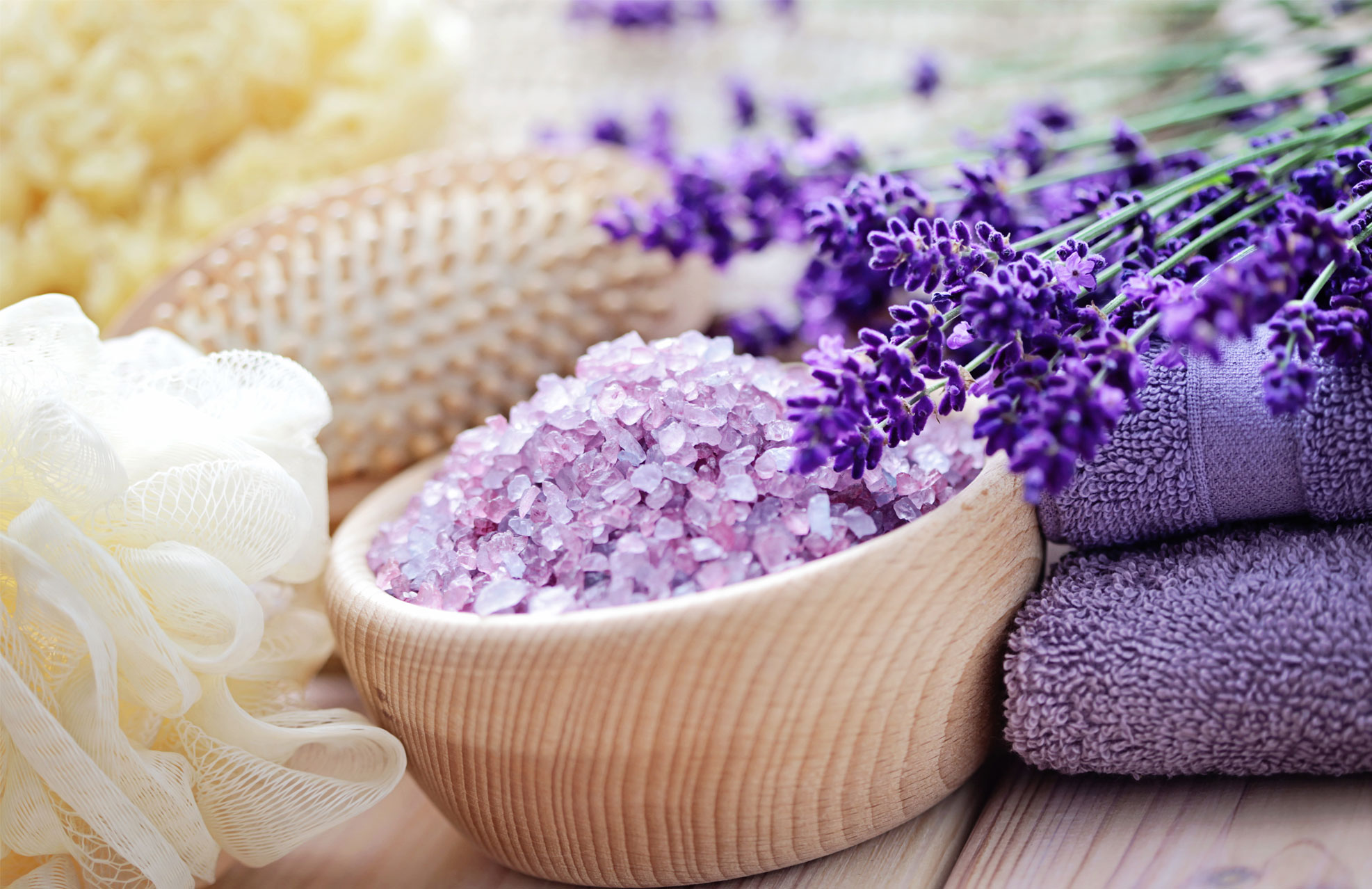 Relax with a Spa Day at Home

Kids’ Activities to Do at Home 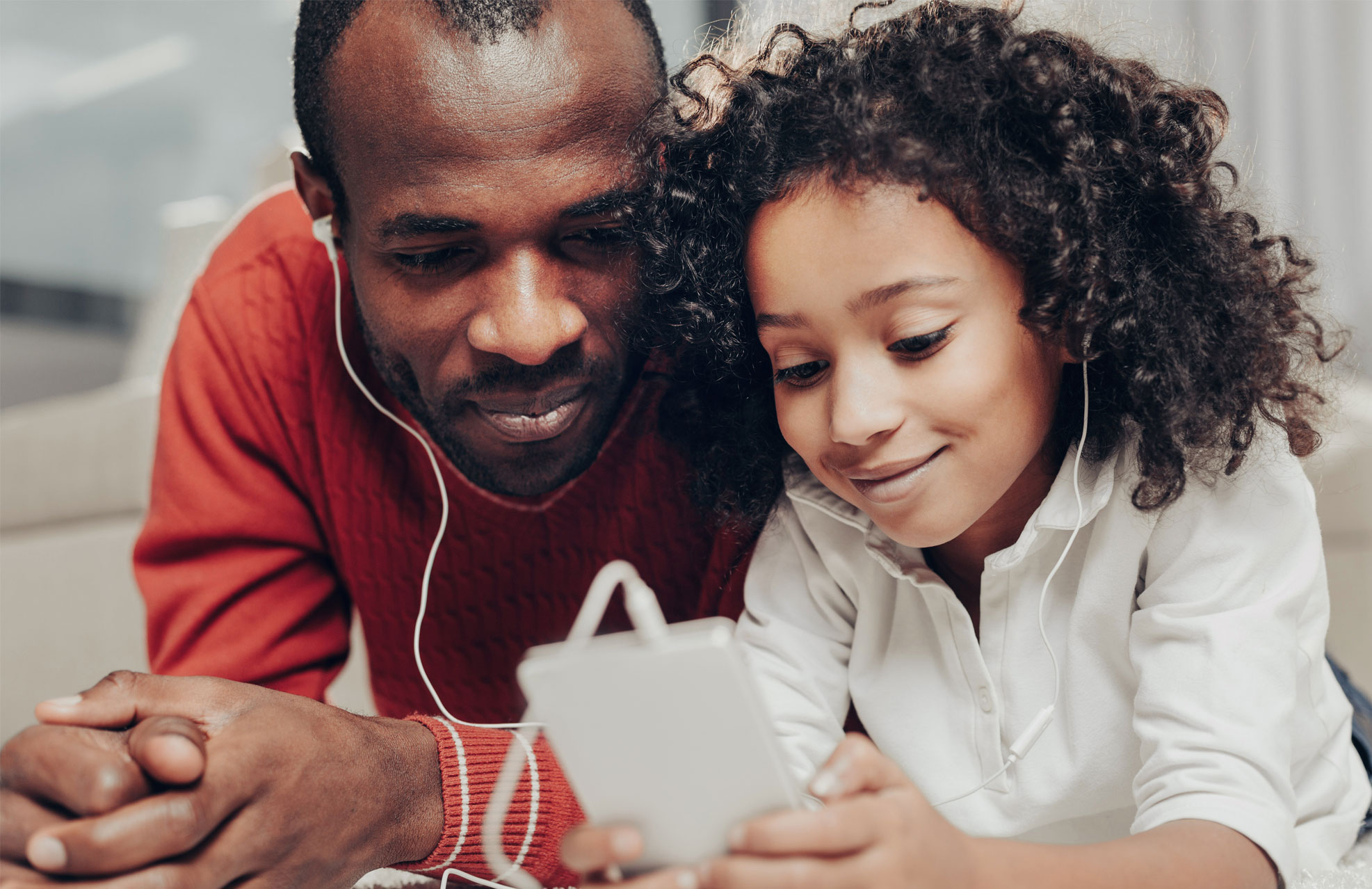